Well, CSM has come and gone - a great week of collaboration, networking, education, and camaraderie with fellow PTs, faculty, and students. My partialities quite obviously known, it is fascinating to reflect on the conference and really the status of dry needling and physical therapy nationwide. States becoming battlegrounds over the technique with some affirming physical therapy practice and other passively allowing others to dictate our scope of practice. What dry needling doesn't seem to be lacking is passion, opinion, and conversation. If I had to summarize my observations into only two discrete generalizations, it would be this...

1. Dry needling recognition has grown significantly in the past 3 years. This being my 3rd year representing iDryNeedle at CSM and essentially gauging the pulse of 10-12,000 PTs, students, faculty, and PTAs - the dry needling communique and tenor has changed drastically.

Not to mention the number of individual states that have specifically addressed dry needling echoing endorsements by the APTA, FSBPT, and AAOMPT.

2. Dry needling skepticism remains. Although the number of staunch anti-needling clinicians seem to be dwindling, those who remain critical seem to be pushed further towards that extreme. Evidenced by blogs, commentary, and even an Oxford debate at CSM based primarily on placebo-wrought repugnance for the technique. A well-intentioned perspective, I believe, but leaning heavily on acupuncture research, early clinical trials, and disparagement of the increasing amount of literature on the topic of dry needling.

With these two very different audiences in mind, I believe a return of the Dry Needling Journal Club is warranted – and perhaps the best arena to discuss dry needling with potentially less emotional bias. If that’s possible.

“The effect of the combination of dry needling and MET on latent trigger point upper trapezius in females” Manual Therapy, Feb 2016; 21:204-209.

An Iranian group making its way into Manual Therapy was impressive to me, but appreciating the global landscape of dry needling as much more established then here in the US - we are seeing the best research coming out of Iran, Spain, Ireland, and Australia. It’s only a matter of time until Baylor and some of our military orthopedic research universities delve in and make America great again though. Sorry, bad joke, promise I'm done.

What I liked about this study.

Next, as an admittedly biased dry needling clinician, these outcomes reflect what I see and hear in the clinic consistently – less pain, better motion, and when combined with other therapeutic techniques, an ability to expedite outcomes. I am a firm believer that dry needling as a modality has the profound ability to impart a “reset” on the neuromuscular system (even the twitch response signifies an afferent->CNS->efferent H-like response), but without reinforcement via other manual techniques, muscle energy, or corrective exercise - will always fall short on long-lasting effect. Gray Cook has coined the “reset, reinforce, reload” ideology, and I subscribe with dry needling as one of the more immediate and impactful “resets” I’ve found.

I also liked (whether it was intentional or not), the selected outcome criteria including objective clinical assessment (goniometry), subjective patient value (VAS), and indirectly the CNS via pain processing mechanism (PPT) – this implies multifunctional outcome from one week of treatment. And brings us back to the last point of the therapeutic effects of dry needling encompassing more than releasing shortened sarcomeres.

Lastly, the upper trap seems to be the low-hanging fruit for palpable latent trigger point analysis, but for the sake of standardizing treatment and for the chosen outcome measures - seems appropriate. My curious mind wonders if similar effect (or more) would have been found treating cervical multifidus - which might naturally imply less focus on a palpable trigger point and more on the effects we have on all things neuromuscular and CNS.

What I think limits this study.

Aside from the identified ‘limitations’, which I believe the authors accurately identified – having 3 dry needling treatment sessions in one week is debatably “overkill”. There is no specific mention of patient’s complaints of post-treatment soreness, which surprises me. But if VAS decreased overall…I’ll just keep my mouth shut. I think having a 1-4 week follow-up post-treatment phase could have gone a long way, but also opens up potential multivariate effect. For what they were trying to assess, the timeframe is understood.

Beyond the actual study timeframe, the author’s had a devoted focus to the “trigger point” and the associated histological, biochemical/neuropeptide, and vascular benefits of dry needling. Taking this to the point of identifying latent TrPs and circling the most painful with a highlighter. Even their explanation of MET benefit delved in to sympatho-excitation of PAG, GTO influence, and mechanoreceptor activation gating nocioceptive impulse – it would be nice (down the road) for dry needling to be discussed in such context as well. At this point, most clinicians appreciate dry needling as having more utility with neuromuscular function, pain modulation (both cortically and in spinal pathway mechanism), and CNS sequelae versus the trigger point explanation from the 80s. But maybe this just highlights the need for deeper research in this respect.

Where can we go from here.

To Dry Needling Journal Club Part III, of course! Kidding - but the need for more clinical research like this is apparent. Longer duration studies with both healthy and symptomatic patient populations would be a logical next step, but dry needling done by dry needling clinicians with clinical applicability is a must. As alluded to earlier, at times this seems to be an uphill battle as some camps already have their minds made up based on acupuncture research and early study findings - to the point they seem to disregard studies coming out weekly which support the use of dry needling.

But these are my thoughts, what are yours? The idea of a journal club is to foster a discussion on the topic and I’d love to hear your thoughts on this study, or propose a study to dissect in our next Journal Club. Whether you’re supportive or critical, let’s hear it. 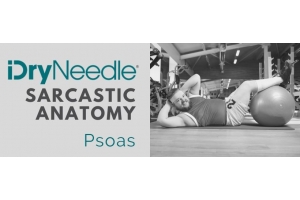 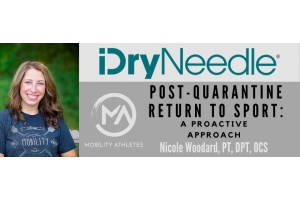 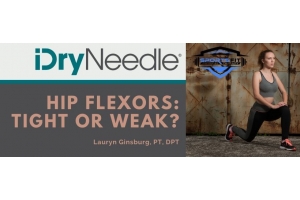 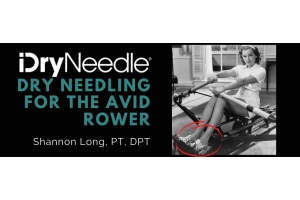 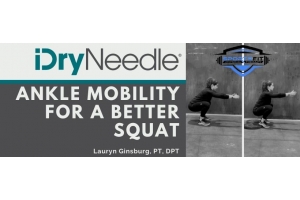