Evidence-Based Practice: the WHAT Brain vs the WHY Brain 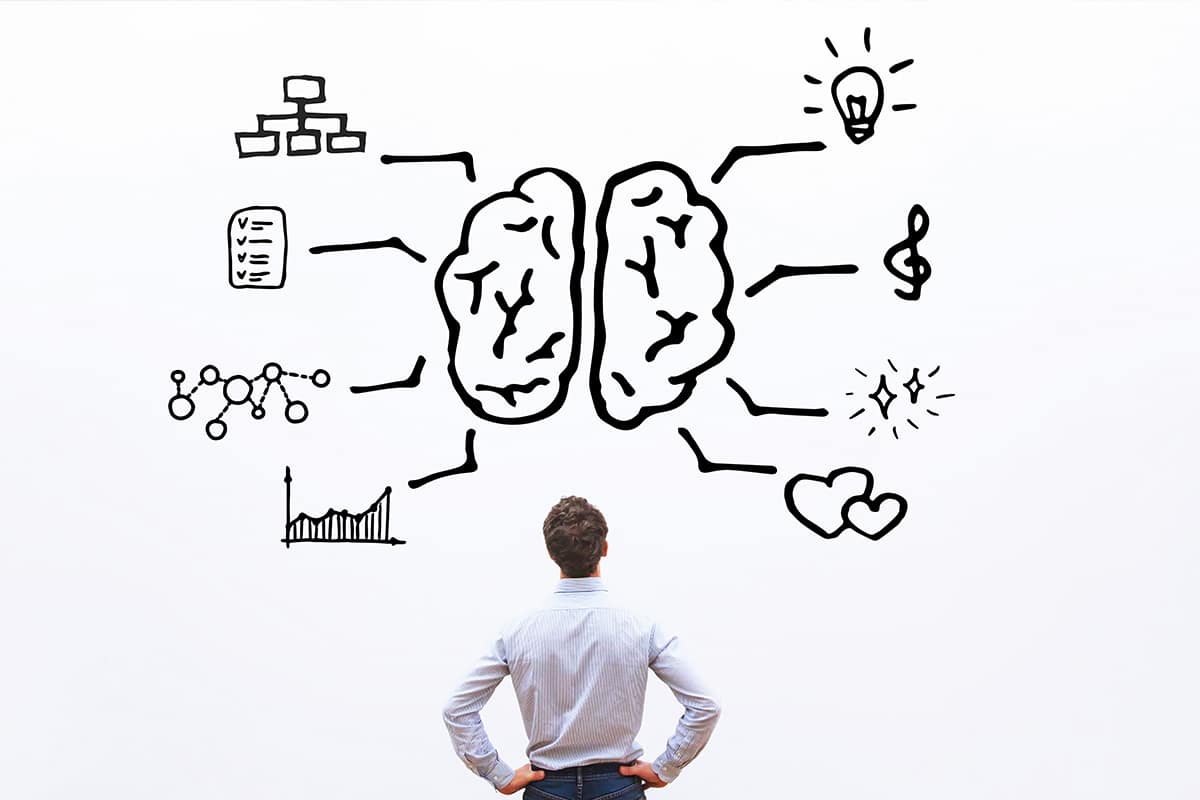 The Evidence-Based Practice Debate – the WHAT brain and the WHY brain.

In physical therapy (and likely all medicine), I can’t think of anything more agreeable, yet aggressively confrontational than the Evidence-Based Practice (EBP) conversation. The term and principles – completely agreeable. But applying it to treatment X, Y, Z – utterly polarizing. Initially, these affable professional conversations morph into uncompromising rhetoric, ultimately polarizing a topic, a faction, and a profession. Without immediately referencing or trying to define Sackett’s 3-legged stool of EBP (that’ll come up later), I’ll explain why the intraprofessional EBP debate exists and may never be resolved.

The mindset of the WHAT-brain is to constantly seek and corroborate WHAT works – WHAT should they be doing or not doing in terms of most effective practice based on irrefutable amounts of well-conducted clinical research. The WHAT-brain values, takes great pride in, and ultimately relies on substantiating hierarchal evidence to guide them in their respective practice. The WHAT-brain needs the randomization, blinding, and systematically reviewed validation from volumes of research to reinforce their decisions. Not a bad thing.

The WHAT-brain maintains such scholarship with the absolute focus on providing superior physical therapy care to their clients, though communicating with WHAT-brains may make this external validation from patients seem secondary to didactic resources. But the negative extreme of the WHAT-brain is believing that if a specific treatment lacks these volumes of quality research, that treatment is categorically ineffective. These dogmatic views potentially hinder innovation and professional growth, but conversely provide a concrete foundation under that very same profession. The WHAT-brain is more resistant to fads in the industry and is more risk adverse, providing only treatment options proven to be effective as well as an acceptably low risk. This protects the WHAT-brain from unknowingly putting a patient at excessive risk, but also eliminates promising treatments and approaches due to possible harm exposure to them or their patients. 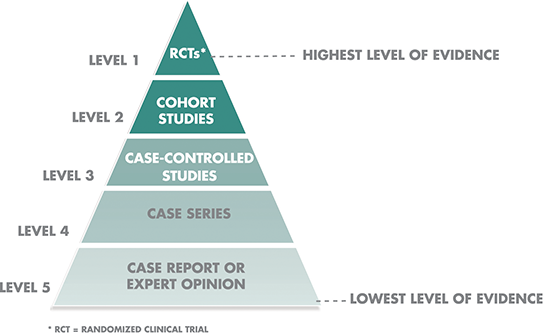 The WHY brain is obviously different, yet somewhat similar. I say this, because the WHY brain also seeks external validation, but instead of this coming directly from academic sources, it comes from the patient. Once a certain threshold of validation has been realized with both quantity and quality of clinical improvement and objective change from patient-to-patient-to-patient, this brain seeks to learn WHY it works. This empirical data gathered is initially of value to the WHY-brain, while this aspect is discredited by the WHAT-brain as biased or placebo.

To this clinician, understanding WHY a treatment may be effective or ineffective will ultimately elevate the level of their care, even in the context of other treatment considerations and patient managment. The WHY-brain can be as much of an academic mind as the WHAT brain, but they value all tiers of research. They appreciate the scientific process at every stage on the journey to the high-level status eventually acknowledged by the WHAT-brain. Case studies, basic science research, cohort series, imperfectly designed clinical trials and empirical info – these all give evidence to the WHY brain, while the WHAT-brain is more dismissive of such data. Though, just like the WHAT-brain, the WHY-brain has the patient as a primary focus and sees the introduction of innovative techniques as a progressive effort to advance clinical practice. This naturally makes the WHY-brain more early-adaptive and pioneering, but also potentially increases risk exposure – even if minimally. The negative extreme of the WHY-brain spectrum paints the picture of younger fad-jumping therapists basically “seeing what sticks”, or an experienced therapist absent of any concurrent effort to inform their practice with clinical research stuck in the rut of what proved effective to them in years to decades past.

For context, I’m using physical therapy as an example because I am a physical therapist, but this is likely applicable to any professional practice. The PT EBP-debate in recent years has seen the topic of dry needling take center stage. Blog posts and online forums are ground zero for these polarizing disputes – and honestly these platforms are probably the best illustration of why the EBP debate may never come to a resolution and why neither “brain” will soon compromise. A WHAT-brain will never fully embrace the WHY-brain and vice versa.

On dry needling, the WHAT-brain stigmatizes lacking and conflicting evidence as substantiation of the treatment’s ineffectiveness; while the WHY-brain’s empirical appraisal combined with building scientific evidence has driven momentous popularity in both the public and professional arena. Based on the current landscape of dry needling, the WHAT-brain either ardently criticizes the risk of employing an invasive procedure in a previously benign profession, or dismisses the attention drawn to the topic as undeserved based on categorical milestones not achieved. The WHAT-brain sees even a slight increase in patient risk (<0.4%) as unacceptable, especially when coupled with lacking levels of evidence to support efficacy in their eyes. And the WHY-brain has seen enough clinical substantiation and supporting research on both safety and the therapeutic mechanisms to not listen to cynical contention.

So where does that leave us?

Back where we started?...or worse? – the line in the sand has seemingly turned out to be an impassable trench in many clinician's viewpoints of dry needling. In fact, I’m curious to see if even discussing (or assigning personalities to) these WHAT- and WHY-brain personas is enough to garner derisive pushback. And I wasn’t even trying to bias this – even though most would guess I’m more WHY-brain…as I listen to my WHAT-brain tell me the inherent bias has already permeated every word and thought anyways. 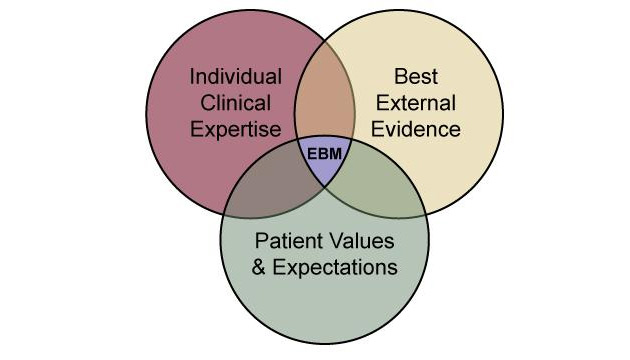 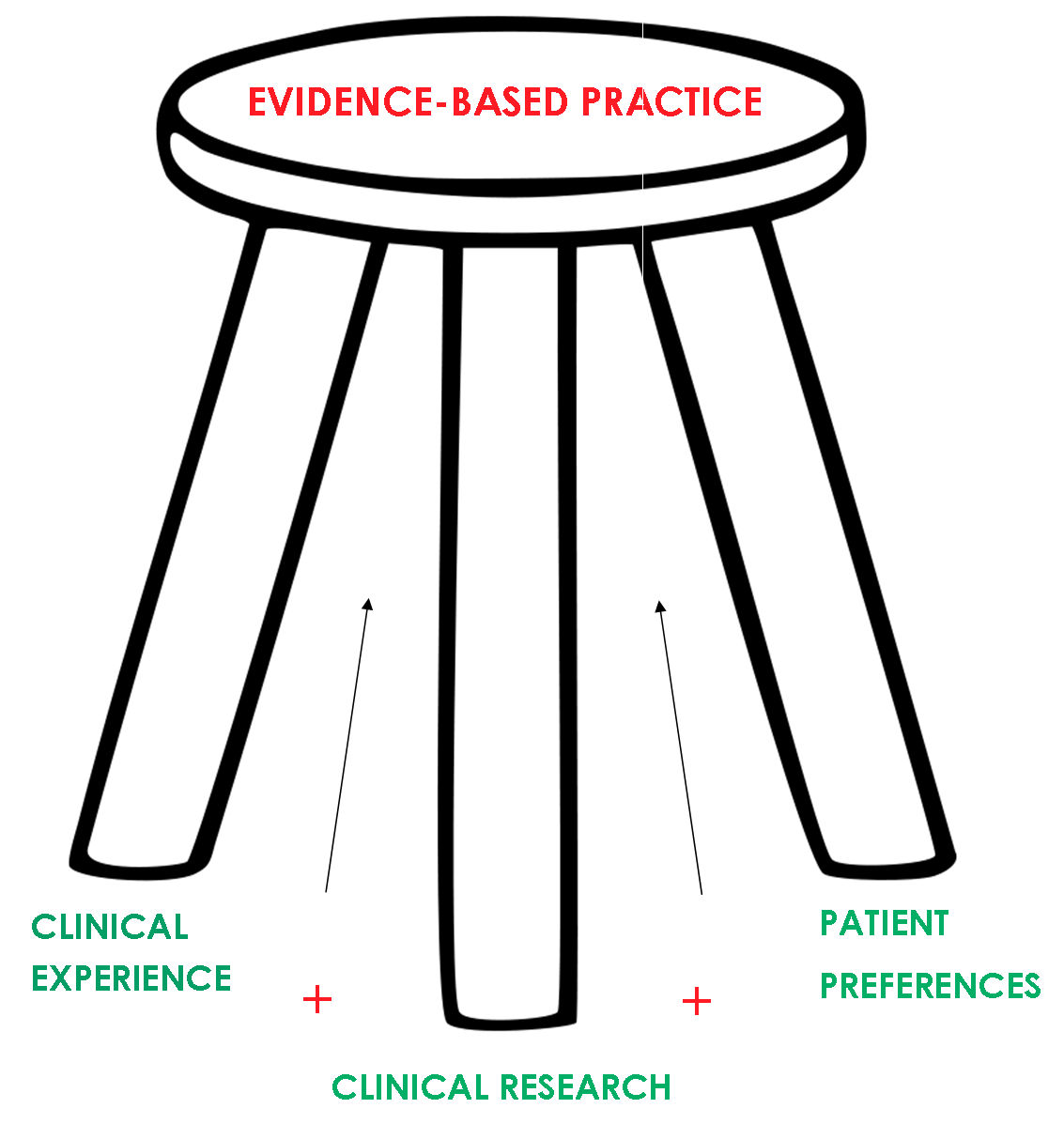 Personally, I like to visualize the Venn diagram depiction of Sackett’s evidence-based medicine versus the strict black and white edges of a triangle. I see EBP not as rigid and uncompromising equality of 3 legs; but instead I appreciate it as dynamic, enigmatic, and ever-changing - malleable for each patient, diagnosis, and individual history that walks in to our office. So attempting to conclude on an agreeable premise, I content we shift the focus back to something fundamental to both brain’s intention - the patient. One patient’s Venn diagram may shift more towards one entity than the other – and it’s our job to recognize this and provide best medicine for that patient. Informed by relevant scientific evidence, our clinical judgement, and that patient’s values and preferences.

That’s EBP. No matter which brain you identify with.

Let's hear what you think, though...